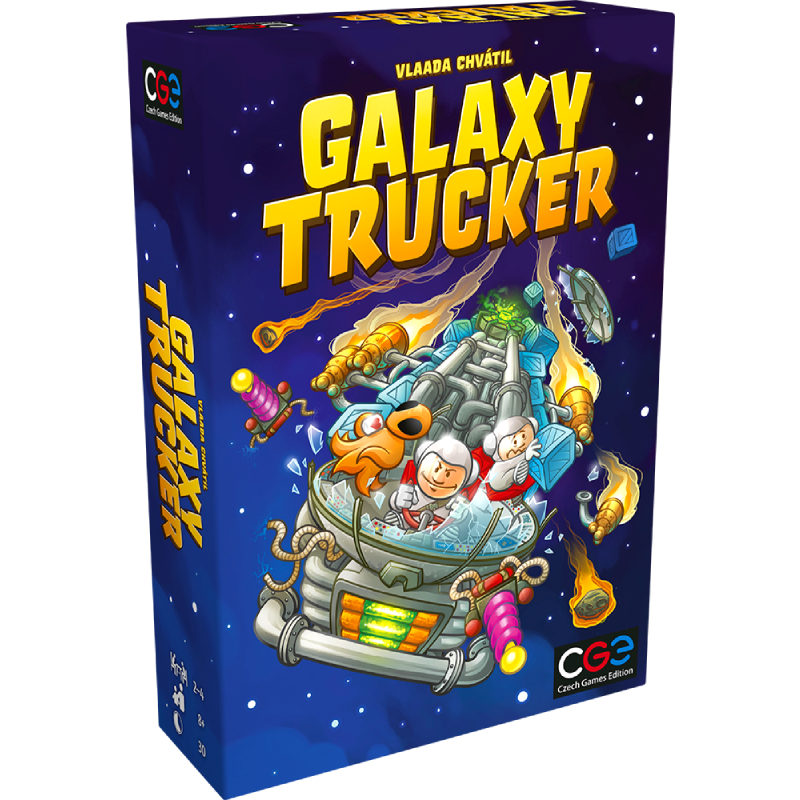 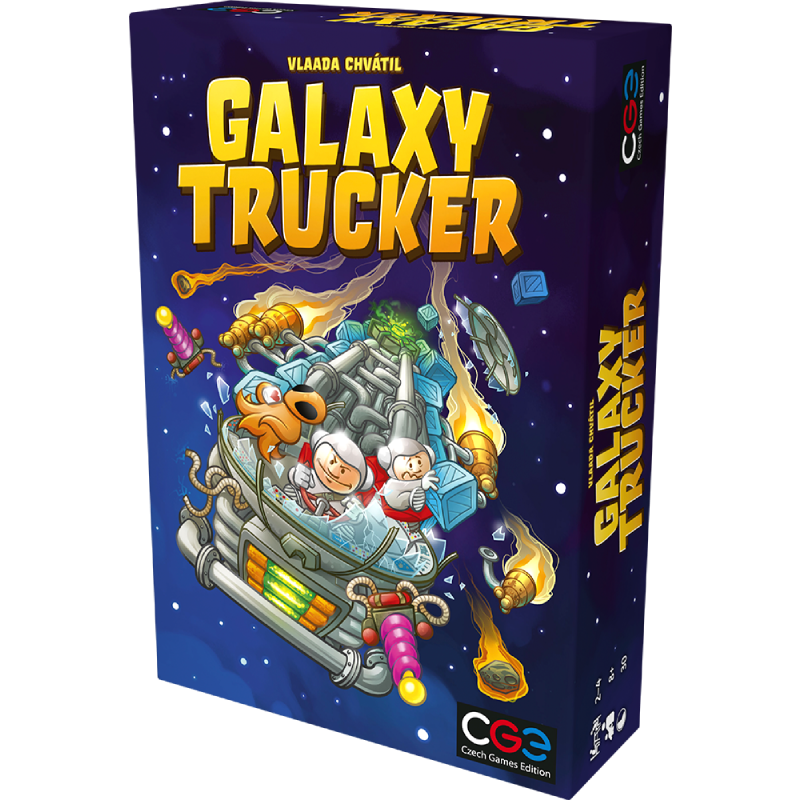 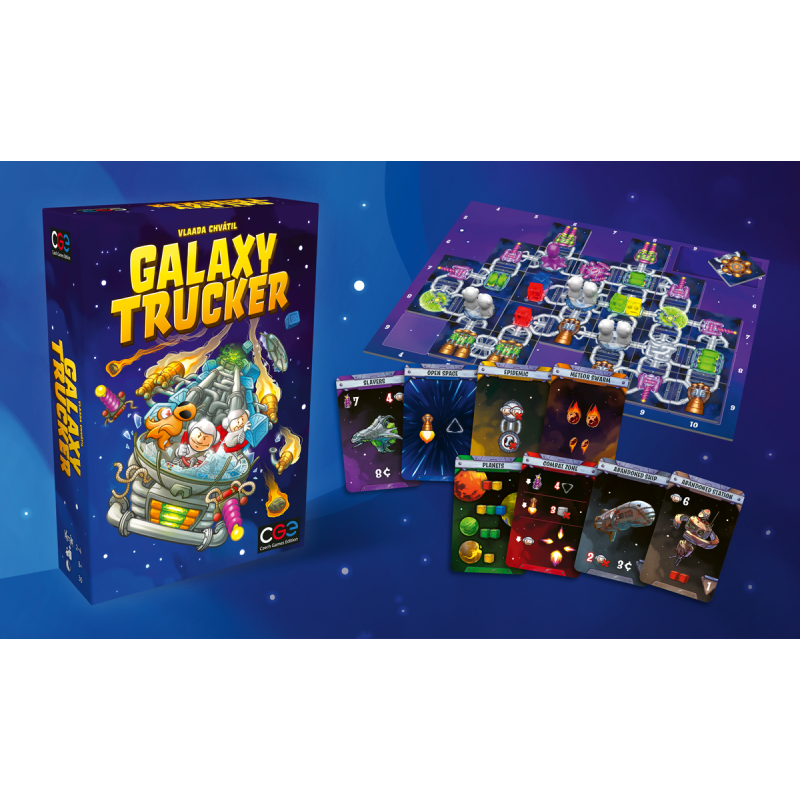 • Timeless classic reimagined!
• Add as many crew cabins, cargo holds, shields, batteries, engines, cannons as you can… as fast as possible and at the same time!
• 2-4 players, 30 minutes, ages 8+

What is Galaxy Trucker?

The once again intense, but still humor-laden journey with Galaxy Trucker goes into a new round. The absolute hammer among space games with sewage pipes!!! With a complete new graphical overhaul, redesigned illustrations – as well as game balance improvements, more ship tiles and nicer astronaut and alien tiles, you’ll build spaceships to fly around the Galaxy, transport goods and fight pirates.

How to play Galaxy Trucker?

In this fast-paced and wacky family game, 2 to 4 players begin by simultaneously rummaging through the shared warehouse and feverishly trying to grab the most useful component tokens to build their spaceship – all in real time. Once the ships are launched, players find themselves in dangerous situations and scramble for financial opportunities – each hoping to get the most valuable cargo and arrive with their spacecraft as intact as possible. This is easier said than done, as many dangers ensure that parts of the ship, cargo and crew will be lost in the depths of space, not can! Players earn credits by delivering goods, defeating pirates, owning the best-looking ship and reaching their destination before the others. The goal of the game is to have the most credits at the end.

Bankruptcy lurks behind every asteroid.

Rough roads ahead: Mini-Expansion for free!