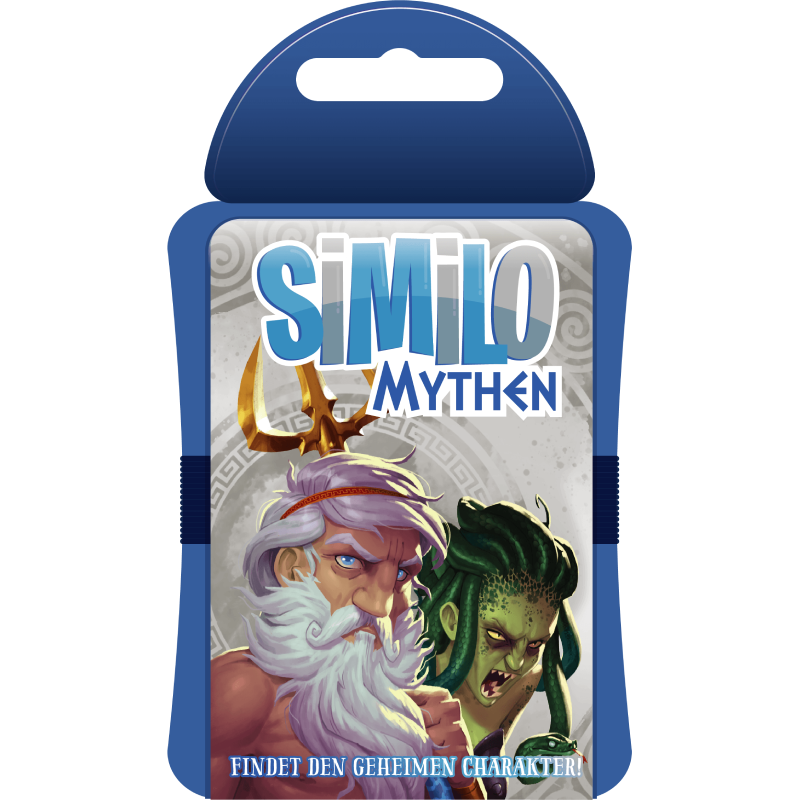 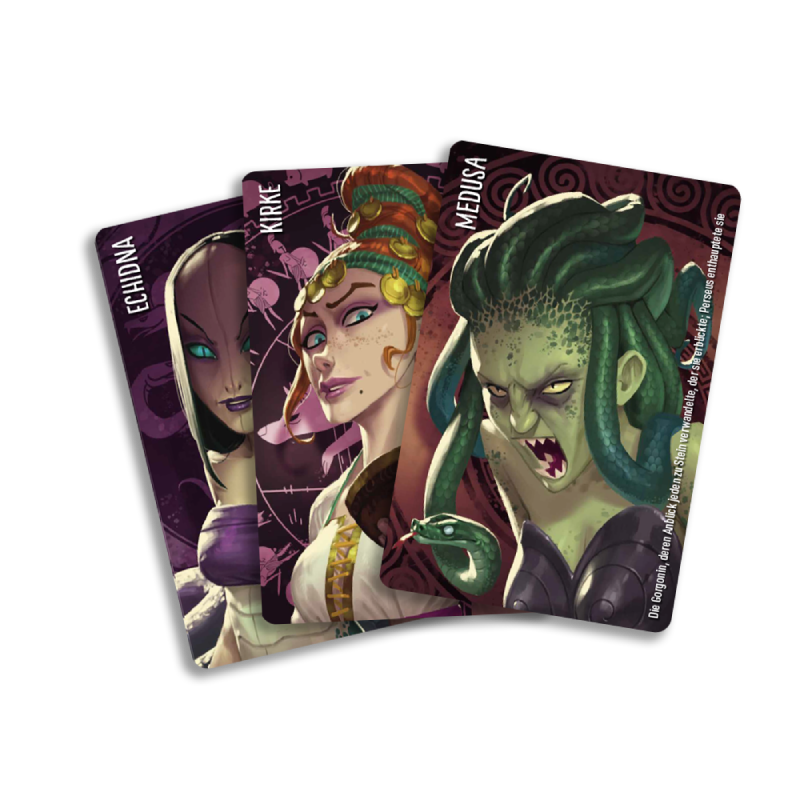 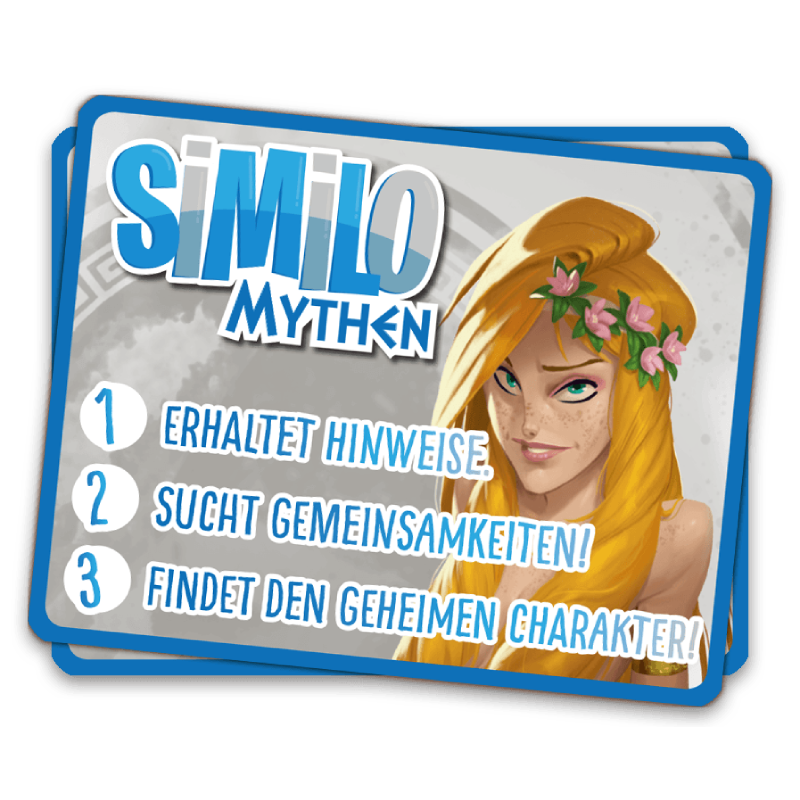 • Can be combined with the Similo sets: Fairy tale, story, animals and wild animals
• When buying from the webshop you can add the Similo promo “Arthur” for free
• Fast paced cooperative clue game
• 2+ players, 10 minutes, 7 years and up

How to play Similo: Mythen?

Similo: Myths is about finding a very specific figure from Greek mythology as a team. Only one player knows which of the displayed characters is the one you are looking for. He always places a card as a clue to similarities or differences. The guessers gradually eliminate a character until in the end – hopefully – only the secret character is left. Minotaur or Aphrodite, in Similo: Myths you will find out!

Further combinable card sets with other themes are already being planned.