The board game Galaxy Trucker by Czech Games Edition is planned as a new release in the German edition for the fall of 2021.

In the title GALAXY TRUCKER, 2 to 4 spaceman aged 8 and up simultaneously rummage through the shared warehouse, trying to grab the most useful component tiles to build their space hummer out of sewage pipes – all in real time. Once the spaceships are launched, players are thrown from one dangerous situation to another. While scrambling for financial opportunities, everyone hopes not only to load the most valuable cargo, but also to arrive with their ship as intact as possible.

That’s easier said than done, because in the depths of space, countless dangers lurk here for ships, cargo and crew. Players earn credits by delivering goods, defeating pirates, owning the best-looking ship and reaching their destination before the others. The real goal of the voyage? To survive and have at least one more credit than the pesky competition at the end of the game (some profit would be nice, yay!). 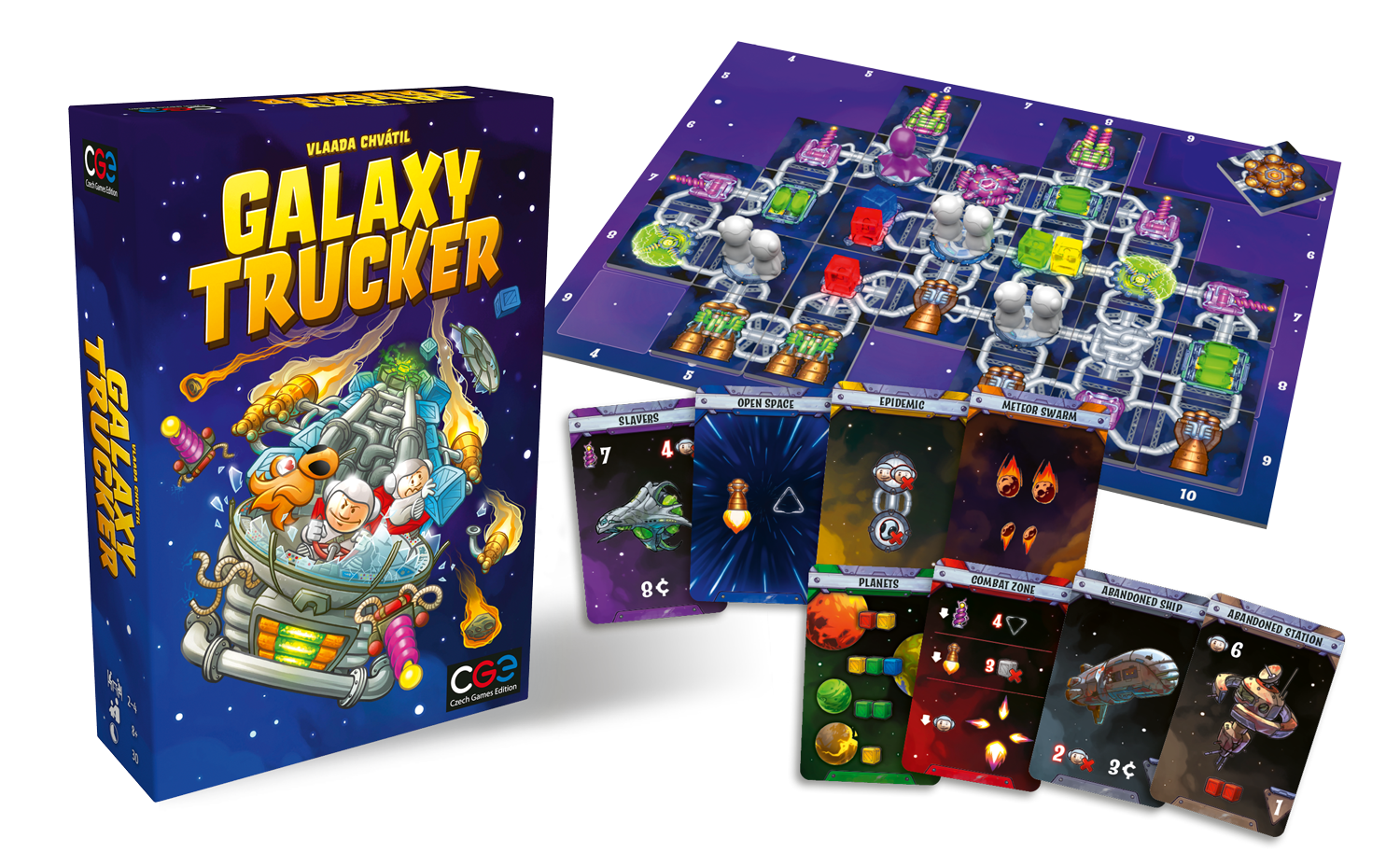 The new edition of Galaxy Trucker presents a complete graphical overhaul, with charmingly redesigned illustrations – as well as game balance improvements, more ship tiles, and nicer astronaut and alien tiles! In the new, faster and more accessible version of Galaxy Trucker, the goal is now to succeed in a single flight. This makes for a fast-paced game for all ages, perfect for little truckers, beginners, and anyone who wants to fly across the galaxy in about 20 minutes (using the smallest ship size). However, for experienced players looking for a longer game experience, Transgalactic Trek continues to offer an epic three-flight campaign.

The new release of the GALAXY TRUCKER title comes in a smaller box and convinces with a much lower price.

What changes in the new release of GALAXY TRUCKER?

ATTENTION: The production machines are already running at full speed! New drain pipes in the approach. Do not forget to pre-order now!