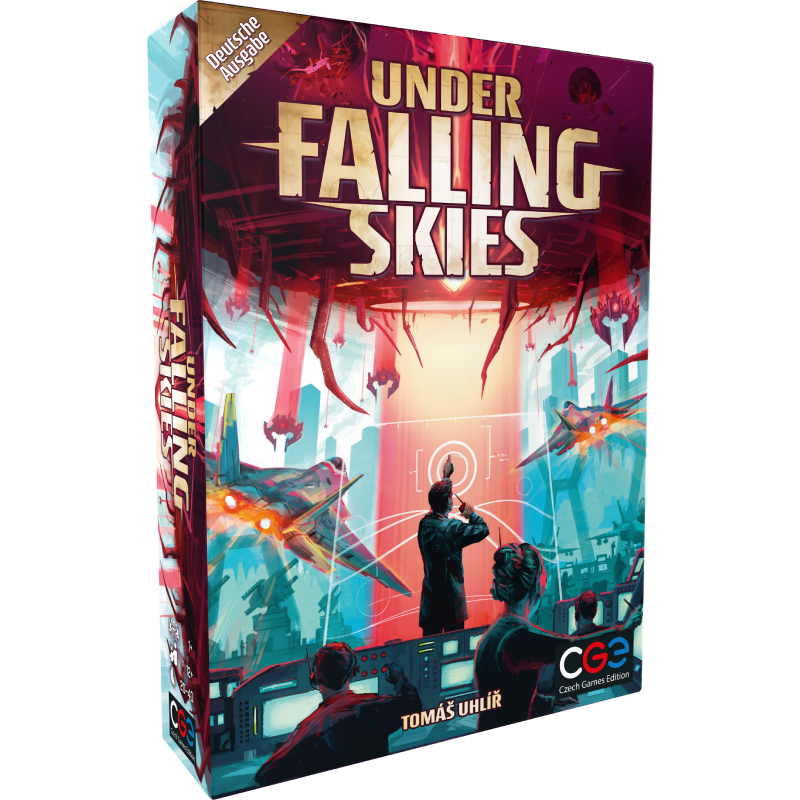 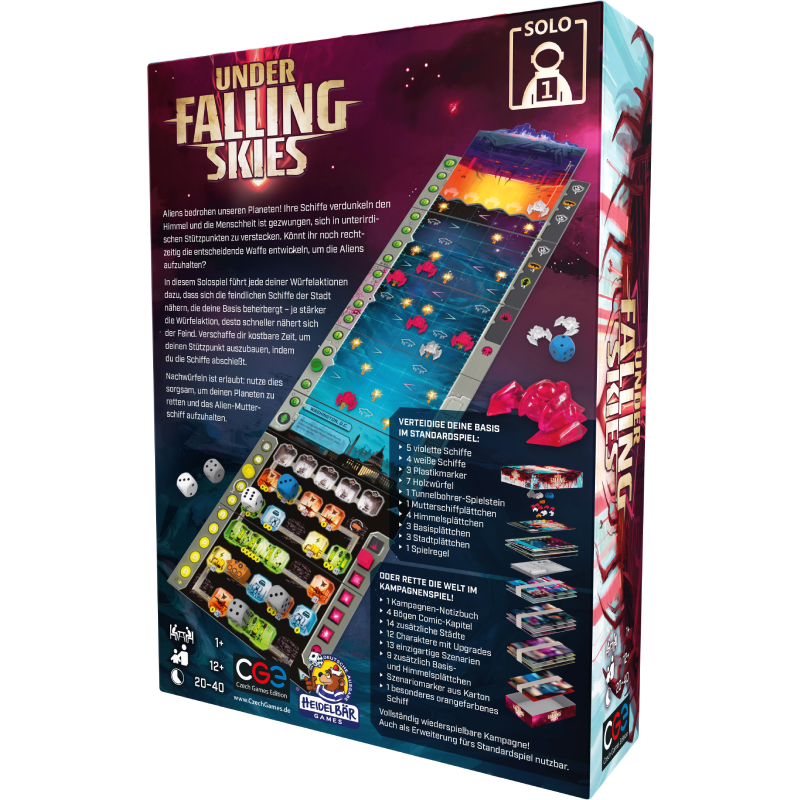 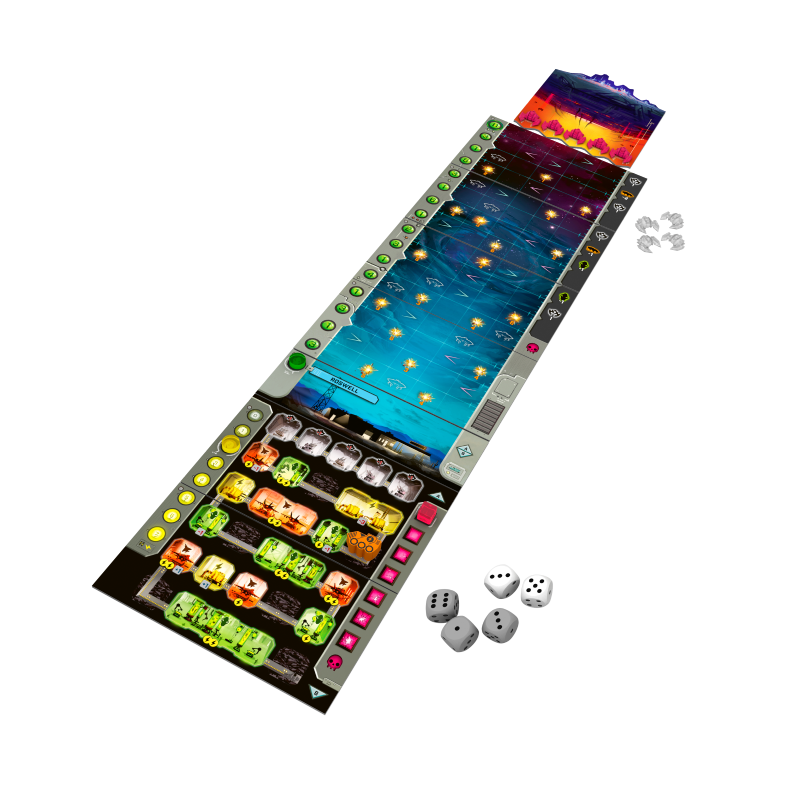 • Alone against the alien invasion
• Lead a different city to victory over the invading aliens in each mission
• 1 player, 20-40 minutes, 12 years and up

• When you buy in the webshop we add the promo “Prague” for free!

ALONE AGAINST THE ALIEN INVASION

While the attacking mothership descends to Earth, humanity is forced to hide in underground bases to protect itself from the bombardment. As the leader of your base, you’ll have to develop a weapon to destroy the aliens, while at the same time expanding the base and fending off the enemy ships. Can you complete the mission before your base is destroyed?

What is UNDER FALLING SKIES?

Under Falling Skies is a solo game with a campaign that spans several missions.

How to play UNDER FALLING SKIES?

In each mission you must lead a different city to victory over the invading aliens ? or perish along with the remnants of humanity. At the core of the game’s mechanics is an innovative dice placement system that simultaneously determines your actions and those of the enemy ships. In the process, larger dice numbers give you more options, but they also cause the alien ships to approach your city faster. Your mission is to advance research to develop a weapon to repel the aliens. To achieve this, you’ll have to expand the city’s underground base to get access to more powerful actions, shoot down enemy ships and multiply your actions by using robots ? and in all this you must never forget about the energy supply. Because if the mothership, which gets closer with each turn, should reach your city, only ashes will remain.

Webshop promotion: When purchasing in the webshop, the promo city tile “Prague” will be added to the order free of charge.

Prevent the imminent attack of the aliens on PRAG! With PRAG you now have to protect the hometown of the creators of CGE – the city tableau is...