Face the 12 tasks of Hercules. But don’t worry, you don’t actually have to slay the Nemean Lion or kill the nine-headed Hydra. Instead, you’ll have to achieve certain combinations with your dice to complete the tasks. In doing so, you’ll race each other and can also call on the help of demigods and gods. In the end, the winner is the one who gets the most victory points for mastered tasks, collected cards and bonuses through clever calculation.

How to play Hercules? 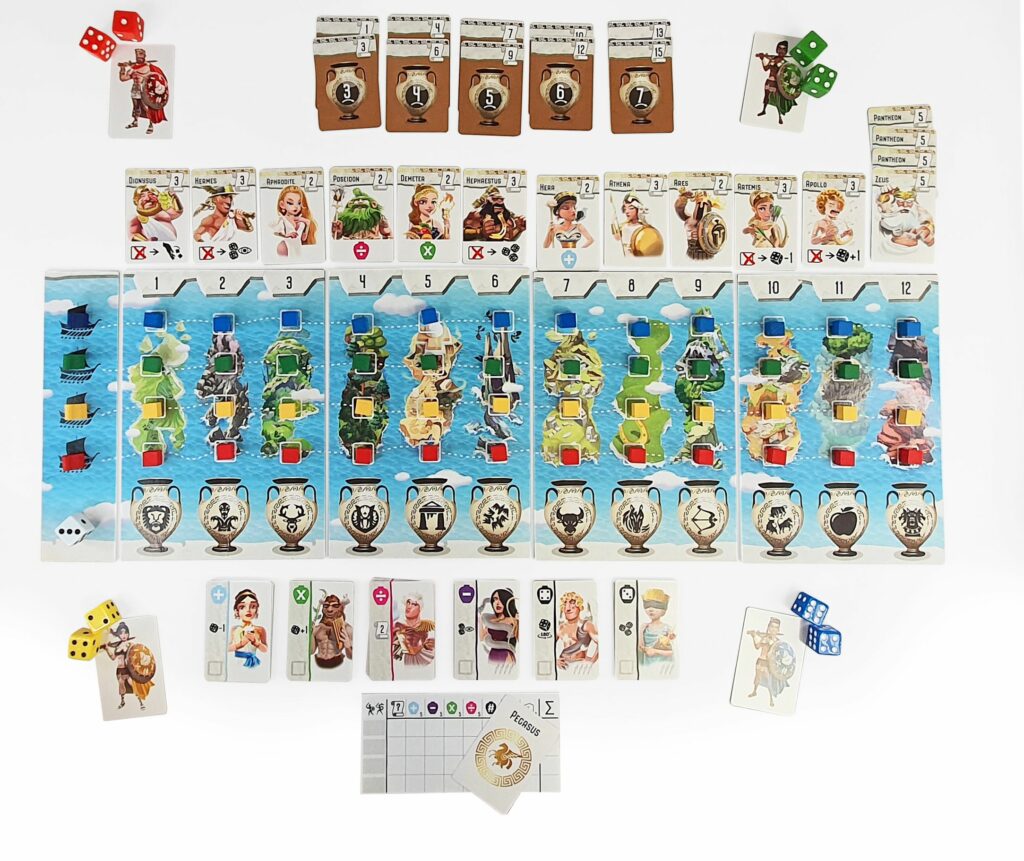 Hercules is played over several rounds, and each round consists of three phases. In the first phase, you all roll your dice at the same time. In phase 2, you perform one of the two actions, starting with the starting player:

In the third phase, the Pegasus card (start player marker) is passed to the next person.

End of game and scoring

Once a person has managed to master all the tasks, the game ends after the current round. All persons who were able to reach the twelfth column receive 5 victory points. In addition, you receive victory points for cards fulfilled, majorities in card types, complete card sets and unused markers. Whoever could collect the most points wins the game. 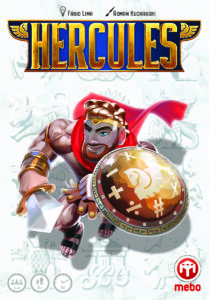 Hercules is for 1-4 people ages 8 and up and takes about 30 minutes to play. The game includes game instructions (in English, German, Portuguese and Spanish), 48 markers, 1 game board, 1 scoring pad, 9 dice, 79 cards (gods, demigods and vases cards).

Hercules is by Fábio Lima and published by MEBO Games. The German version is now published by HeidelBÄR Games and is available for MSRP €24.95 online and in stores.