More possibilities – more chaos for your delivery tour through space

Galaxy Trucker is a very popular family game, of which the second edition was released last year. There were some changes compared to the old version, such as simpler rules (especially for the first game), revised ship boards, a fresh new design and a campaign mode. With Galaxy Trucker: Keep on Trucking the first expansion for the second edition has now been released. Both the basic game (German and English) and the expansion (German) are available at HeidelBÄR Games, online and in specialized stores.

Galaxy Trucker: Keep on Trucking includes five expansions for Galaxy Trucker, which can be used individually, but also in combination with each other. The game adds new ship classes, new ship building components, new adventure maps, Rough Routs and new aliens with unique abilities. This will make your flight through space even more chaotic and fun. 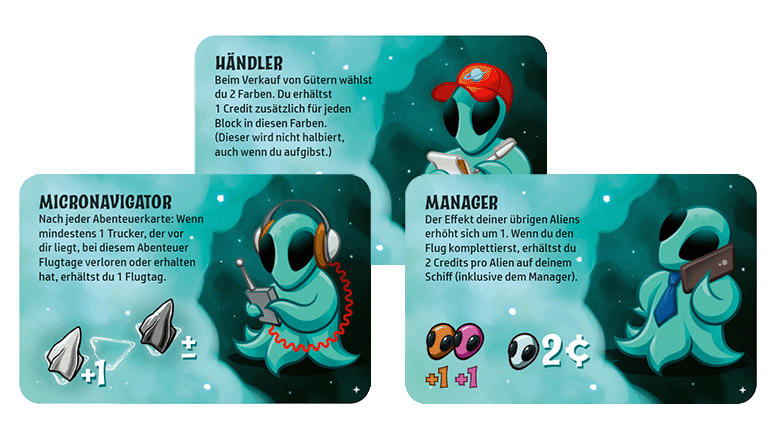 The new technologies include not only 52 new parts tiles for your spaceship, but also additional astronaut figures, goods blocks and new alien cards, including alien figures.

You’ve had your ship for a long time, and it’s about time for something new? Then look forward to three new and exciting ship designs! True to the motto: Only meteorites made bigger impacts. 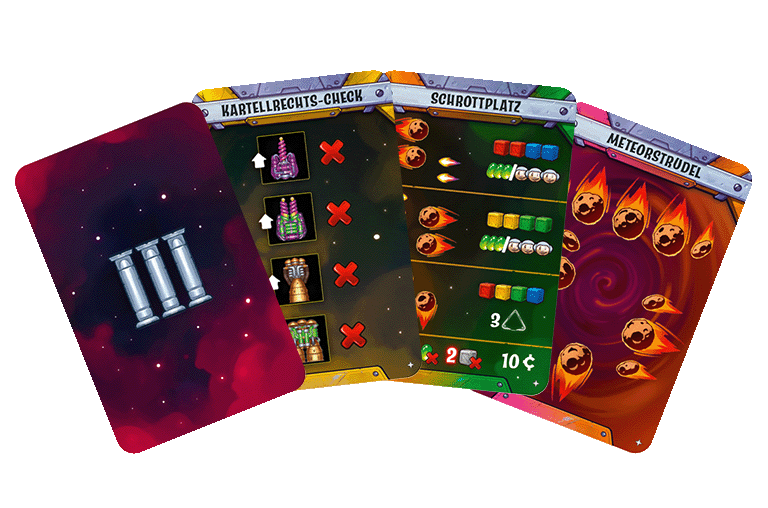 New adventure cards are also available. They are harder than the previous ones and are mixed into the regular deck. Thus, you will travel to fascinating places, such as the interstellar junkyard or a meteor vortex.

The Transgalactic Trek offers a longer game experience, with a campaign spanning three flights (games). The expansion adds two new titles that can be awarded during the campaign.

Are you an experienced trucker and tough challenges don’t scare you? Then the Rough Roads are just perfect for you. The tracks come in hard, extreme and insane difficulty levels. Depending on the difficulty, you’ll draw cards before the game that specify special rules for the flight. 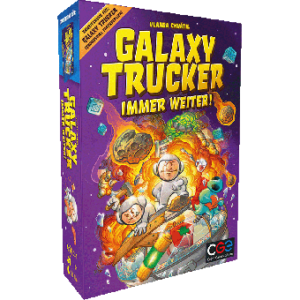 Galaxy Trucker: Keep on Trucking is for 2-4 people, 8 years and older players. The game by Vlaada Chvátil lasts about 30 minutes and is the first expansion for the 2nd edition of Galaxy Trucker.

You are a captain of a spaceship for the first time – and you don’t know Galaxy Trucker yet? 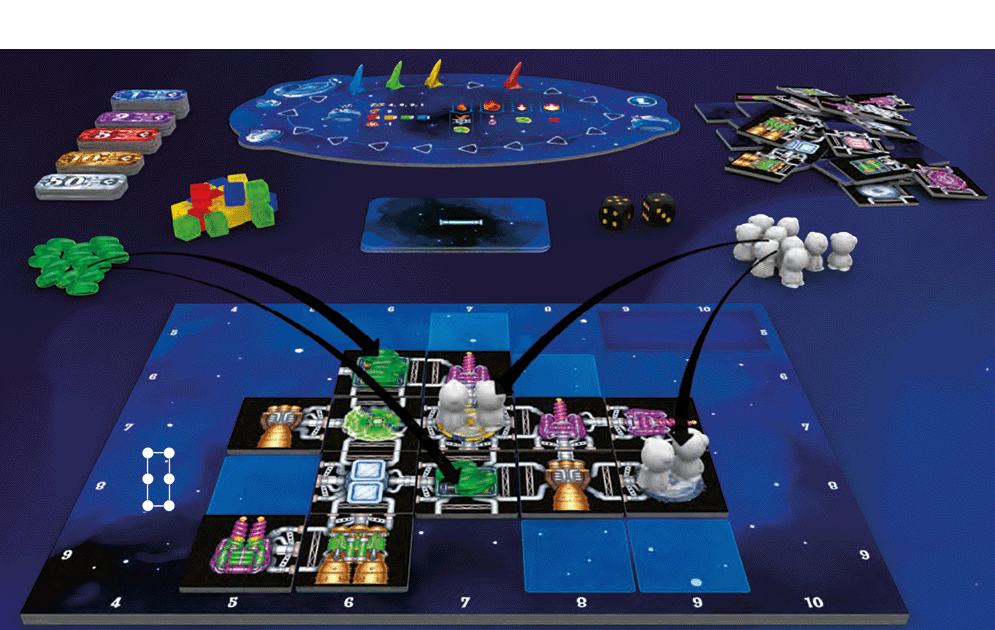 Galaxy Trucker is a fast-paced and fun family game in which 2 to 4 people scour the pile of tiles in real time, feverishly trying to grab the most useful component tiles to build their spaceship.

Once the ships are launched, players find themselves in dangerous situations and scramble for financial opportunities – each hoping to get the most valuable cargo and arrive with their spacecraft as intact as possible. This is easier said than done, as many dangers ensure that parts of the ship, cargo and crew will be lost in the depths of space, not can! Players earn credits by delivering goods, defeating pirates, owning the best looking ship and reaching their destination before the others. The goal of the game is to have the most credits at the end.