Evora is now available for the first time in German by HeidelBÄR Games. In the Portuguese city of Évora, a Roman temple was built in the 1st century, 14 of whose columns have been preserved to this day. The game of the same name is about the construction of these columns. Evora is by Joâo Quintela Martins and published by our Portuguese partner MEBO Games. The game is available now both online and in stores for MSRP €49.95. Along with Hercules, Evora is one of the autumn novelties from MEBO Games, which HeidelBÄR Games is publishing in German for the first time.

MEBO Games was founded in 2010 under the name MESAboardgames near Lisbon and since then has always developed games with Portuguese flair. This can also be felt in Evora – the game is set in the city of Évora, which is almost 130 km away. 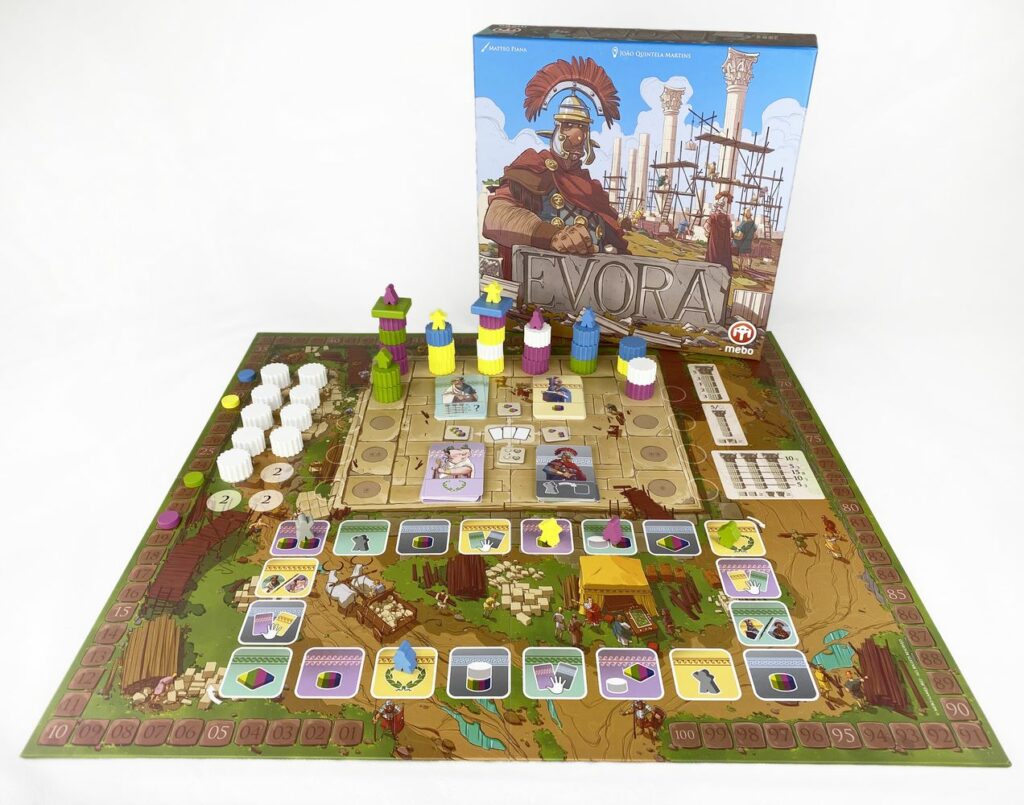 In Evora, you take on the role of a builder in the 1st century and build the columns of a temple that still stand today in the city of the same name, Évora. The goal of the game is to collect the most victory points. You get them by placing pillar pieces, achieving majorities in individual pillars or majorities in the height of all pillars.

During the game, you move your character across the building site and then choose whether you want to perform a building site action or draw a card. Building site actions are the central element to build the columns. The fields determine how many and which stones you can place on the column fields. A column always consists of four column elements and a capitol (the square end of the column). In some actions, white column elements are also used. These do not belong to any person, but they can influence the majority of the columns – so there are some tactical elements you can take into account. 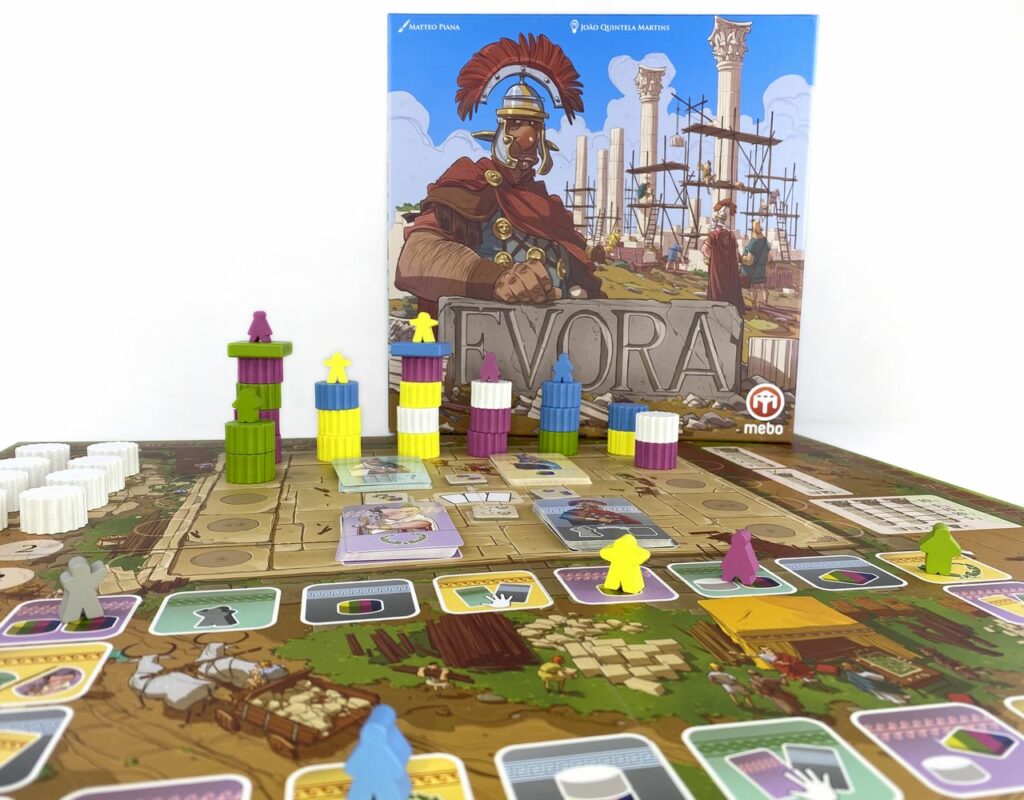 Alternatively, you can draw a card. In total, there are four different piles (City Ruler, Emperor, Architect and Centurion cards), with different card effects. Newly drawn cards are only put into your hand at the end of the turn and can only be used in the next round.

Of the cards you already have at the beginning of the turn, you may play one before or after the two actions mentioned above (site action or draw card). Alternatively, you may discard three cards and use an instant bonus token.

Thus, there are many ways to become the most successful builder or master builder. Throughout the game, it is important that you also consider the actions of the other people. 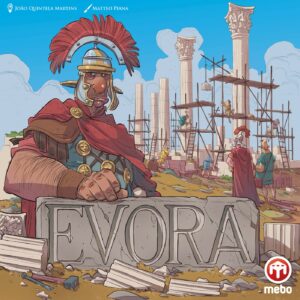 Evora is available now for MSRP €49.95 online and in stores.