Unfortunately, it didn’t work out for Christmas, but now Evergreen is available online and in well-stocked stores. In the strategy game by Hjalmar Hach your goal is to create the greenest planet. Evergreen was published by Horrible Guild and is now available in German for the first time at HeidelBÄR Games.

Alone or with up to four people, you each receive a parched planet that you want to turn into a green paradise. To do this, you plant shoots on your own planet and let them grow into large trees. Each planet has different biomes with unlockable abilities that must be used wisely.

A game is played over 4 seasons with fewer and fewer turns. Spring has 5 rounds, summer 4, autumn 3 and winter 2. Each round consists of 3 phases:

At the end of a season, points are distributed. Each tree that is touched by the sun’s rays earns you points. Note, however, that each tree, depending on its size, also casts a shadow and covers trees. Depending on the season, the sun shines from a different side of the board. 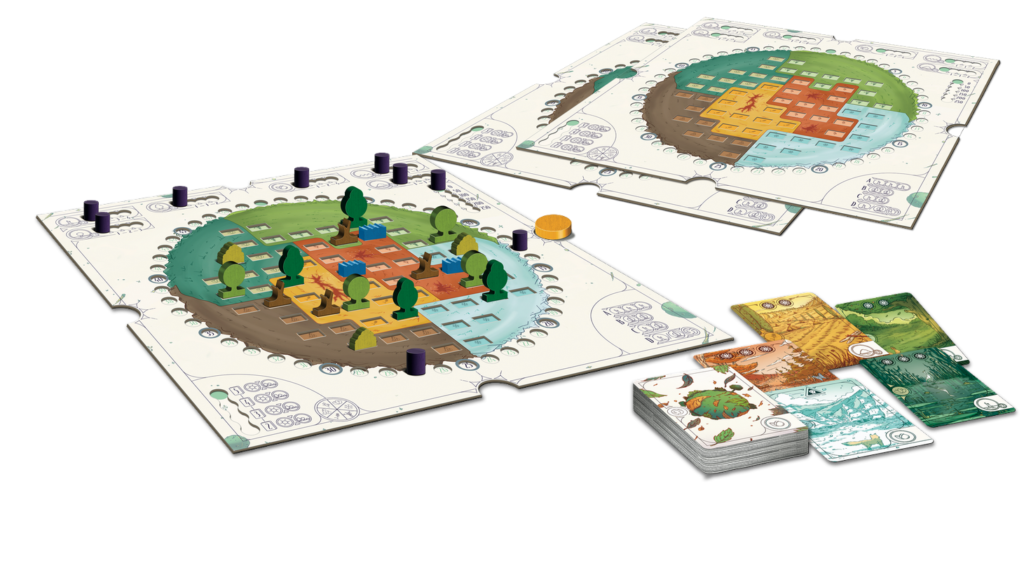 Additionally, you get points for your largest forest. Trees and bushes that touch each other horizontally or vertically are considered a forest.

Finally, the seasons change. You move the game piece on the board to the next season and discard all selected biomaps from that season. You also move the sun clockwise to the next edge.

End of game: After the fourth season, the game ends and the final scoring follows. In this, you evaluate each biome individually, taking into account fertility and the number of large trees. 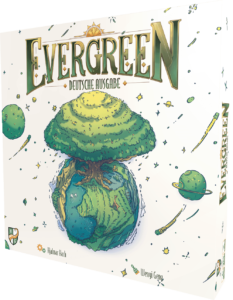 To help make our planet greener in real life, too, Horrible Guild is supporting Trees for the Future with Evergreen. For every copy sold, the organization plants a tree. In addition, Trees for the Future supports regionally based families who make a living from agriculture with important knowledge and tools.