Hungry Monkey is one of the new card games from HeidelBÄR Games this year. The fast-paced card game was very popular at the demo tables at the game fairs, and at Spiel22 it was already sold out on the third day of the fair. On Boardgamegeek, author Erik A. Sundén gave an insight into the development of the game. How the game was developed and what a mouse and an elephant has to do with the later game, you can read here:

Hi! My name is Erik Andersson Sundén. Aside from Whirling Witchcraft, I’m the designer of Hungry Monkey, the creation of which started in my Swedish IKEA kitchen.

My daughter was teaching me a version of Palace/Shithead that she adored. The version she’d been taught had several exceptions, and the endgame was tedious. I didn’t like it. I suggested making a new version. The best that the two of us could imagine! She got excited and our joint design journey started! 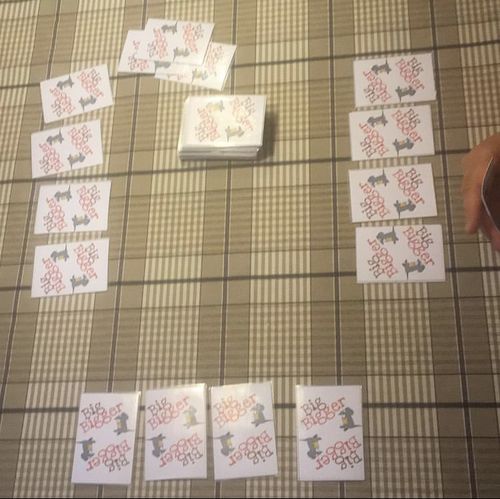 Once we made a deck of several differently-sized animals, it sparked our imagination! “What if the cheetah would allow you to take one more turn since it is so fast?” “What about the chameleon? Can it imitate any other animal?” We were happily creating a game for ourselves. The game started to make us giggle once we allowed a super hamster in a cape to switch one card from your hand with one of the face-down cards.

And so the game was born, a game we called “Big, Bigger, Mouse“. 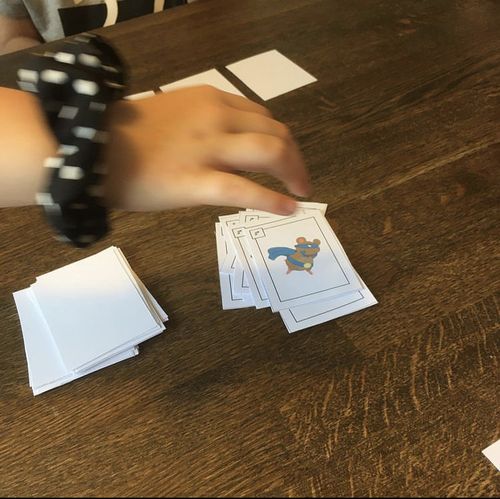 We iterated the game quite a few times over a week or two. A few animal effects were discarded and new ones added. After a while, we were both happy with the game, and my daughter showed it to her friends. They all loved it and played it over and over again. A few families asked us whether they could have a copy of the game, and I happily gave them the PDF. 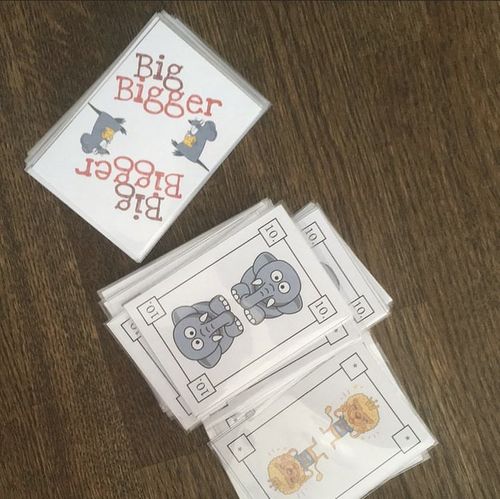 A few months passed, and I had a pitch meeting with HeidelBÄR Games. I wanted them to give my unpublished Fastaval finalist, “Collectors“, a look. They quickly decided that it was too complex for them and asked whether I had any smaller games.

So I showed them “Big, Bigger, Mouse” without big hopes of them liking it as much as I did. After all, it was a game made specifically to amuse my daughter and me — but they surprised me! They asked me to send them the PDF of the game so that they could try it out. I sent it, and a few months passed before they came back to me with an offer. Imagine how happy I was, and imagine how happy my daughter was! The contract was signed, and the developers of HeidelBÄR Games went off doing their thing. 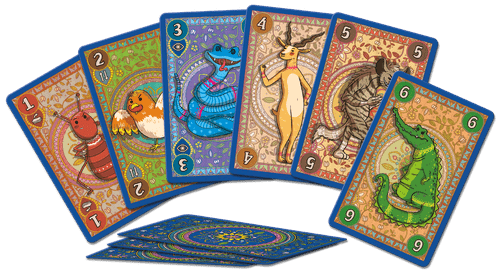 Several months later, a new version of the game was sent to me. Many of the original effects were still there, a couple were refined, and one was added. The game was now way more polished than it was when I had submitted it. Most effects were carefully crafted to not always be positive or negative for you, but somewhat more dependent on the situation of the game. I was impressed! 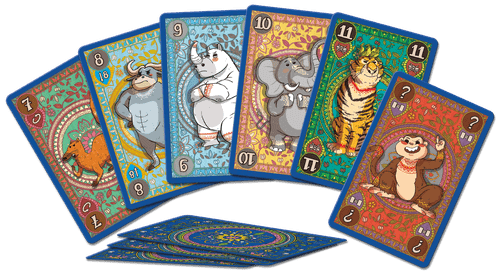 When the illustrations of Sushrita Bhattacharjee were sent to me, I was floored! This little card game that was made in my kitchen, out of love for my daughter, looked stellar! As the game is now being released, I look forward to hearing what other gamers and families think about the game!

Thank you all for reading! 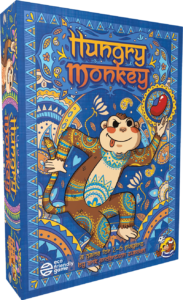 Hungry Monkey is for 2-6 people aged 8 and up. The card game is by Erik Andersson Sudén and takes about 15 minutes per game. The illustrations are by Sushrita Bhattacharjee.

The game is Ecofriendly. This means that it was made in a factory that uses only renewable energy and is made from biodegradable or recyclable elements. You can read more about Ecofriendly Game here!