Last year, another novelty from MEBO Games with Portuguese flair, Evora, was published in German by HeidelBÄRen. In Evora you slip into the role of builders in the 1st century and build pillars of a temple. The goal of the game is to collect the most victory points. You get them when you place column parts, reach majorities at single columns or majorities at the height of all columns. On BoardGameGeek the author João Quintela Martins has given an insight into the development of the game. You can read it here:

On October 28, 2018, I was in Évora at my friend Carlos Ramos’ boardgame store B de Brincar. There was a small tournament of the board game O Palácio do Marquês of which I am the designer and publisher. As organizer of the tournament, I didn’t play, but only coordinated the event. 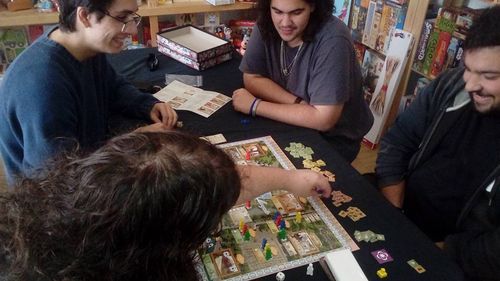 Every now and then, I would smoke a cigarette at the door to ease the nicotine addiction. When I smoked the last one…everything got complicated because it was Sunday, and the shops nearby were closed!

The desire to smoke was so strong that I had to go downtown to buy cigarettes. I had to walk about ten minutes, and on the way I passed the Roman temple. I’ve been familiar with it for a long time because in my childhood all schools in Portugal would visit this Roman temple in Évora.

When I passed by the temple and contemplated the fourteen columns that have withstood the test of time, I thought, “This would make a nice board game.”

I continued my walk downtown and bought my cigarettes there. On the way back, I walked by the temple again and the same thought came to mind. I said to myself: “I have to make a new game inspired by this temple.”

Said and done — in the following minutes, while walking the old historic streets of Évora, the idea came to build the fourteen columns with cylinders. Being a competitive board game, all players would build the same temple to acquire victory points for each stone block placed. In addition, players could get points for majorities per column and height level. The rondel to move the worker and thus select actions was also an instant idea…

From here, it took a few months to fine tune the way workers are moved in the rondel, their actions of these workers, and the ways of scoring.

Tobacco addiction turned out to be fundamental in the process. If it weren’t for the lack of cigarettes, I wouldn’t have walked by the temple.

I did a lot of testing on physical prototypes and Tabletopia. In 2020, I signed a contract with MEBO Games, a growing Portuguese publisher. After several attempts to present prototypes, I finally had the pleasure of working with them on a game.

The process was long and also suffered delays due to the Covid-19 pandemic. 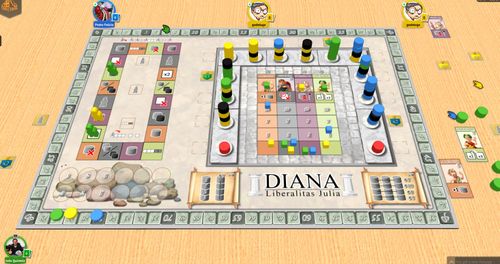 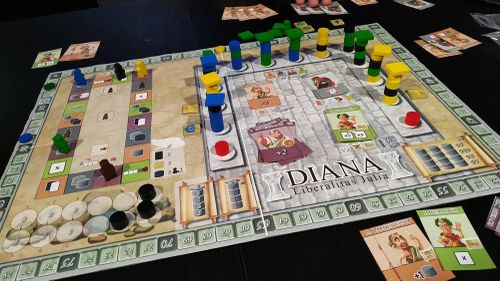 It was a demanding job for both author and publisher, but very rewarding, and that work has resulted in a much better game, namely due to the inclusion of action cards that brought the game to a higher level. 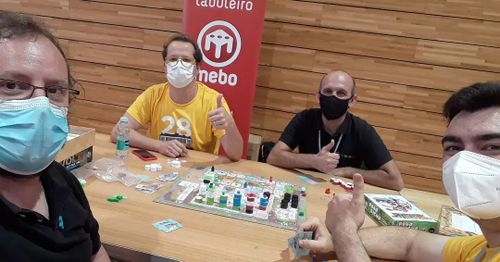 The centurion character, which is a meeple that symbolizes order and discipline in the temple work process controlled by soldiers, has gained great importance in the choice of actions and has brought a depth to the game in which the most discerning players will be able to make surprising moves in the rondel. The centurion ended up being a prominent figure on the cover of the game, brilliantly illustrated by Matteo Piana. 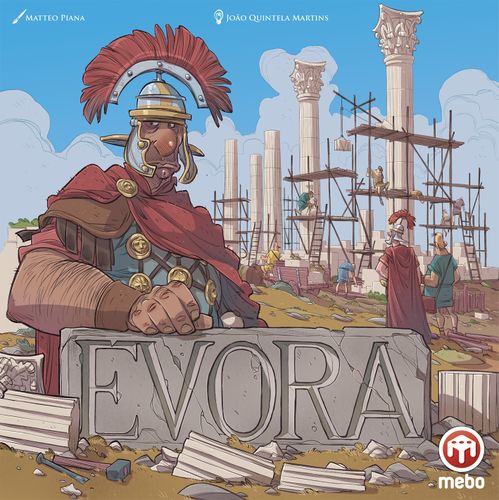 Anyone who thinks that Évora is a simple, 14-column 3D-construction game to score points is wrong. While an eight-year-old kid can play it in a lighter way, adults will love the depth the game gives us. It is with great pride that I look forward to seeing the game on shelves in 2022. 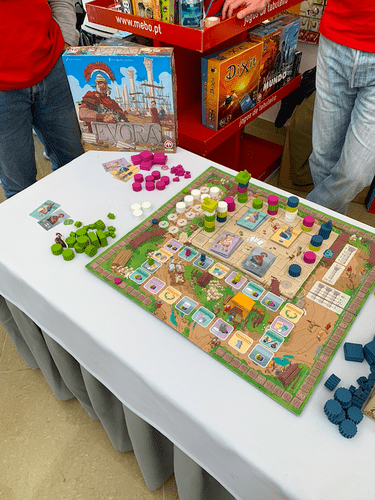 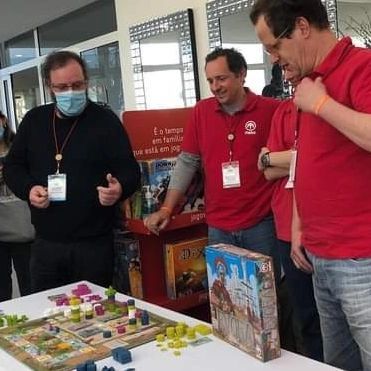 I am really pleased to have a game inspired by the city of Évora because despite having no old connections to the city, I have a strong connection to the Évora group of board gamers since 2014. They have been tireless in helping with playtests and encouraging my boardgame designer career. I express my gratitude mainly to Pedro Felício, Carlos Ramos, and Luis Santos. Thank you, guys.

Thank you, MEBO Games, for the opportunity to make a beautiful game together. 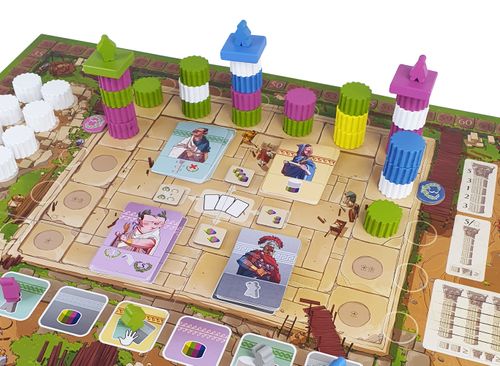