It’s Friday evening, time for a game night with friends — or at least that’s how it was before COVID-19 hit the world and changed everything.

That said, we’ve still found ways to get together for games, in this case playing Codenames with our new web application, and it’s still hilarious to see how one of us misinterpreted a clue, even though we’re seeing his face only through a videochat window.

Let’s go back several months: The first wave of COVID-19 had struck, and everything is getting shut down. We at Czech Games Edition immediately saw how it would affect our customers, the gamers. As you know, we are all gamers, too. We would miss our regular meetings, close gaming clubs, and cancel boardgaming events.

Of course, this situation would affect not just our hobby, but also the way we work. Playtesting would be now much more challenging. We are kind of lucky since one of the two games we have in our sleeve for 2020 is Under Falling Skies, the first solitaire game we’ve ever published. Not only is a solo game a bit less problematic to playtest, but we realize that this design might also come in handy for players who have lost access to their gaming groups. On top of this, we publish free solitaire modes for our games Adrenaline (BGG, Adrenaline: Solo Play DLC) and Sanctum (BGG, Sanctum: Singleplayer), while adding a solitaire mode to our other 2020 release Lost Ruins of Arnak (BGG).

However, board games are about playing with friends, so we quickly prepare special instructional videos for Trapwords (BGG) and Codenames to show players how they can play these games remotely with a physical copy by using common videochat tools.

We also put a huge discount on our digital apps for Galaxy Trucker (BGG, link) and Through the Ages (BGG, link) because social contact through asynchronous gameplay is better than nothing, but still we wanted more.

We were considering whether our third app, which would be for Codenames, could be finished quickly enough. However, that project had just received a big overhaul, with us designing lots of cool content, game modes, challenges, ranking systems, etc., to allow for a really lasting experience, and it would take much more time to implement all of this. Should we strip out all that great stuff just to bring it out faster?

Luckily, we didn’t have to. It doesn’t take that much to play a game of Codenames with your friends over the internet. Many great videochat tools exist for communication, and people are getting more familiar with them in the time of lockdowns and self-quarantines. All you need is a comfortable playing table, and that’s not that hard to implement if you have a good web programmer — and we just happened to have one who was both very skilled and enthusiastic about the project.

We wanted to provide an experience for our fans that looked and felt like the board game version, so developing Codenames Online — an official web version with all the assets and languages — became a clear choice. We knew that we could provide the true experience of Codenames, a version that we would continue to develop and support in the future. 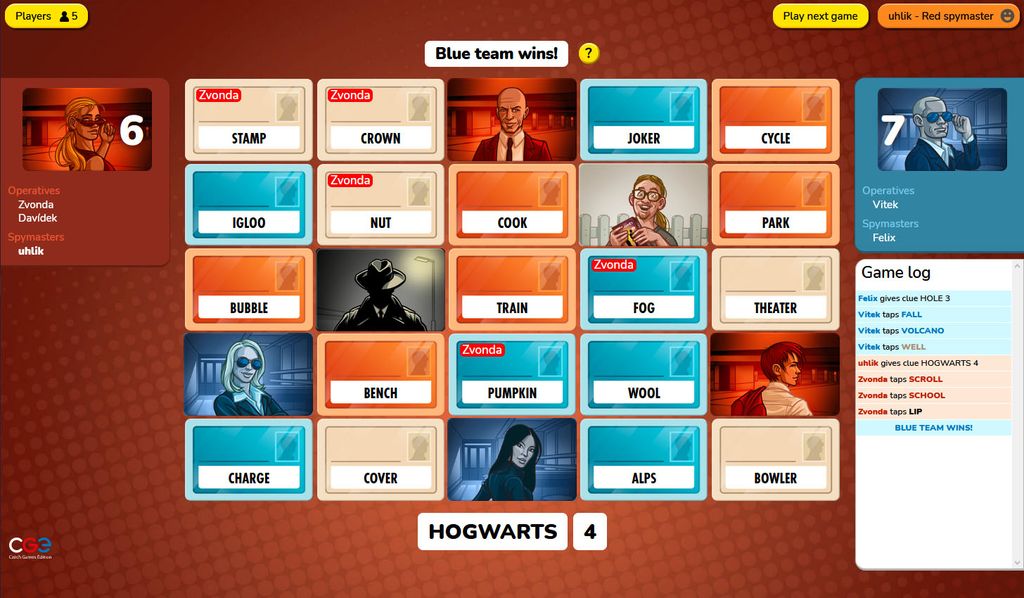 We started quietly, adding a link only to our official Codenames webpage, without promoting it in any other way. We planned to run it for some time without announcing it publicly so that we could control the growth and test it, but even without any additional support, news of the online version started to spread fast, and I mean really fast. We recorded over 85,000 players in the first four weeks, and at that time the only way that people could have discovered the online version was through that single link or by Googling.

Now six months have passed since the debut of Codenames Online, and its growth has exceeded all of our expectations! So far, more than 1.6 million players have tried the game, with over 500k having started just in the last month. This volume would probably be much more without artificial limitations to avoid overloading our servers, and at this point we’re adding server after server to keep pace with the rapidly growing playerbase. 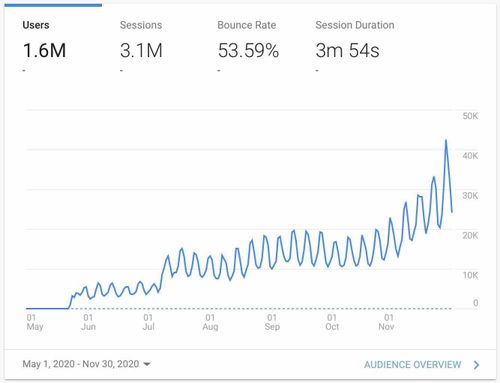 But apart from increasing the capacity, we continue to work on making Codenames Online more accessible and pleasant to play. As of the end of November 2020, the site itself (buttons, instructions, etc.) can be run in nine different languages, while you can choose from 39 languages for the words. Have you ever tried to play Codenames in a foreign language? It’s a lot of fun! 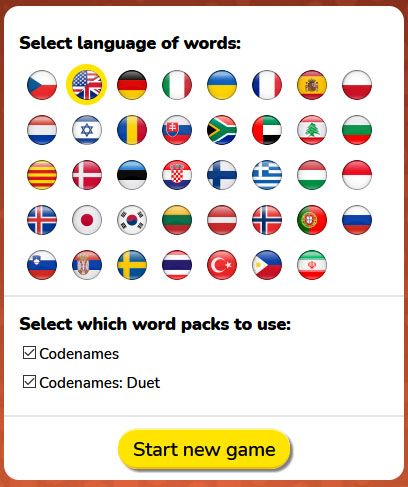 It’s amazing to see people use the site in so many different ways: to hang out with family and friends, to run regular streams or tournaments, to enrich school lessons, or as a fun activity between lectures, which is what happened for the All Day DevOps conference, which had nearly 30,000 registrations and speakers from companies like Google, Microsoft, Oracle, and many more. We even agreed to support their tournament with a special thematic word-pack they had prepared.

This would be a tough game indeed

Codenames Online has been a really fun project so far. It started as something small, developed mostly to fill in this strange period of time, but it’s grown into something much more. While developing it, the ideas started to pile up. The digital platform offers a myriad options, and in some ways the online version is already smoother than the physical game.

And while it’s still completely free, we already plan many cool features that you can look forward to. We guess we can give you a hint as to one addition that’s already moving down the road… 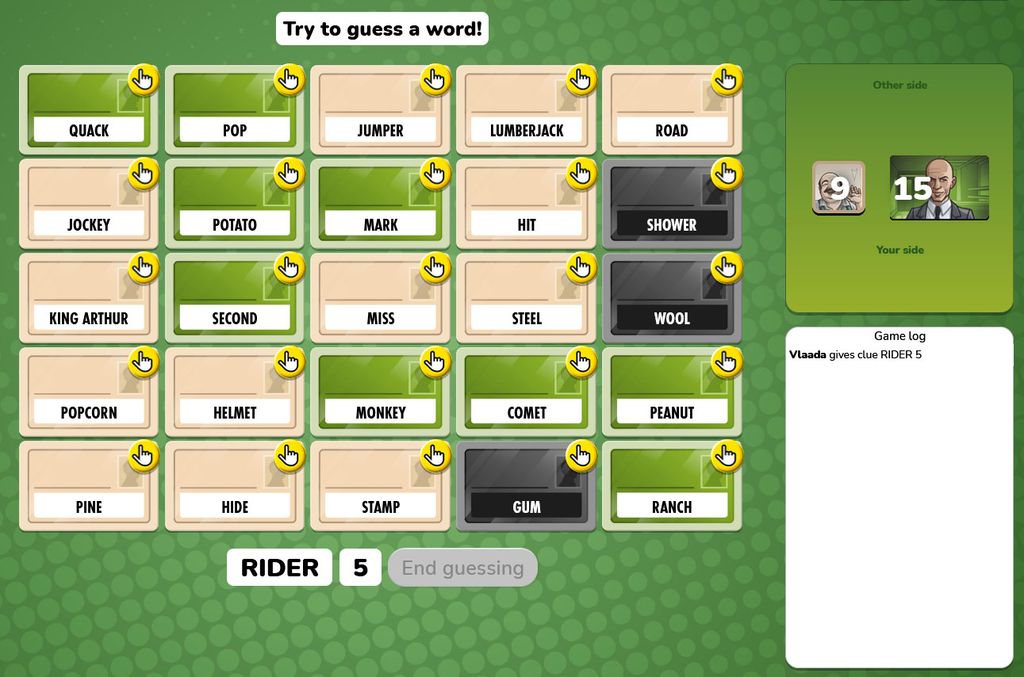