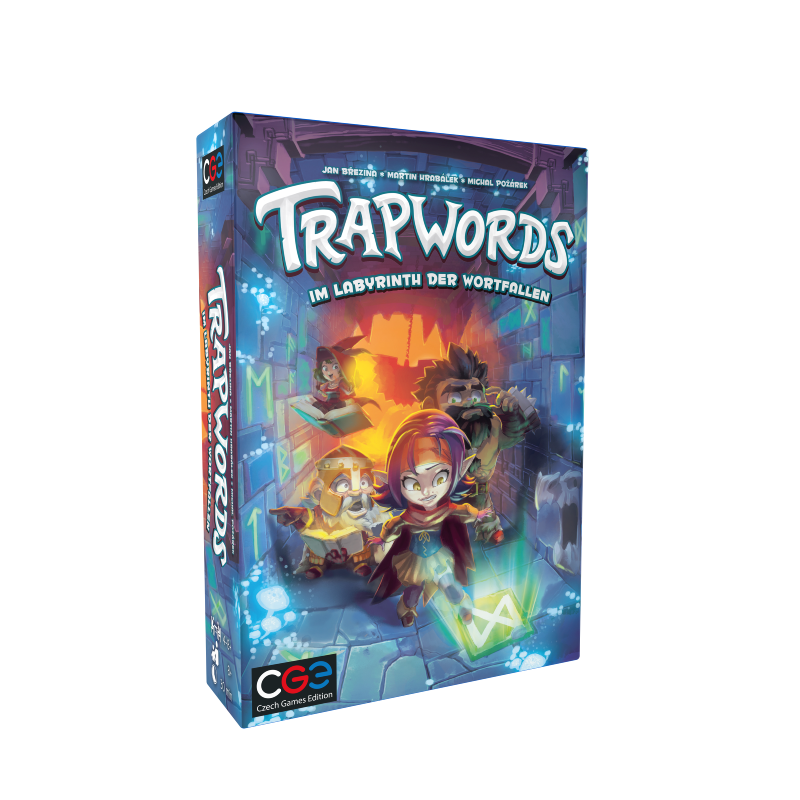 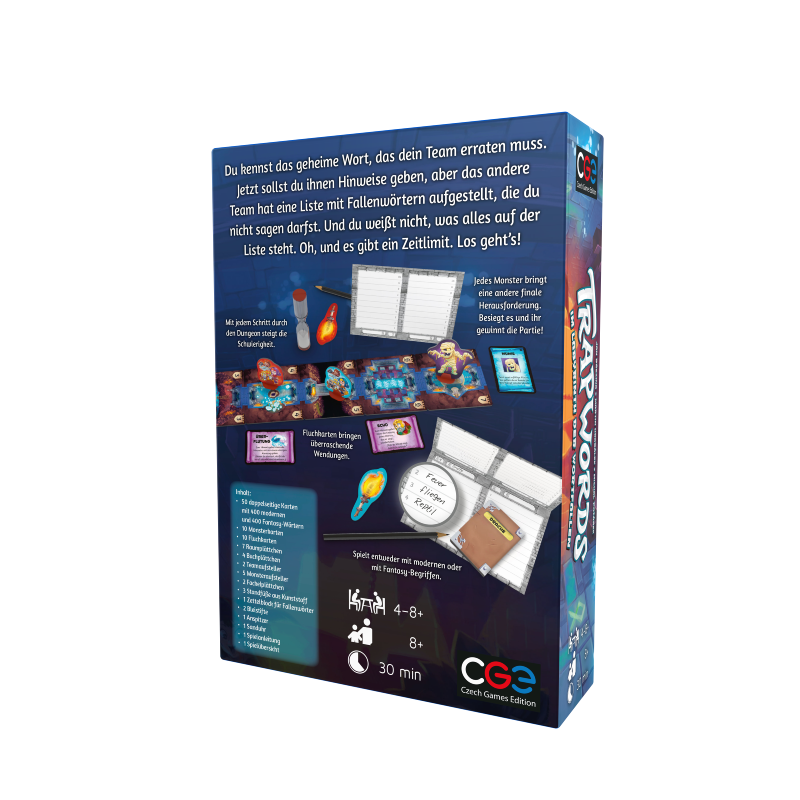 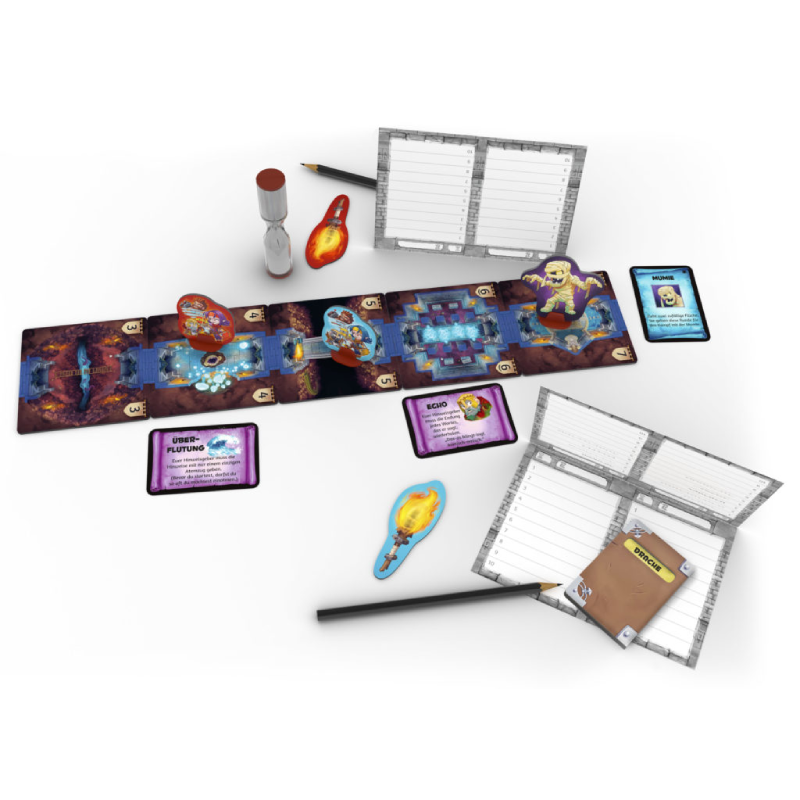 IN THE LABYRINTH OF WORD TRAPS

Trapwords is a fun and fast-paced party game for two teams who simultaneously create their lists of “trap words”.

You are the brave adventurers who sneak through a fantasy dungeon full of traps and nasty curses and, of course, face a boss opponent at the end. To make it through the Trapwords dungeon, one of you must describe a term and the others have to guess it. The catch is: the opposing team chooses 5 words that you are not allowed to use. And your clue-giver doesn’t know these trap words!

Face the dungeon, overcome the trapwords, defeat the boss monster!