Welcome to the Robot Battle Arena! 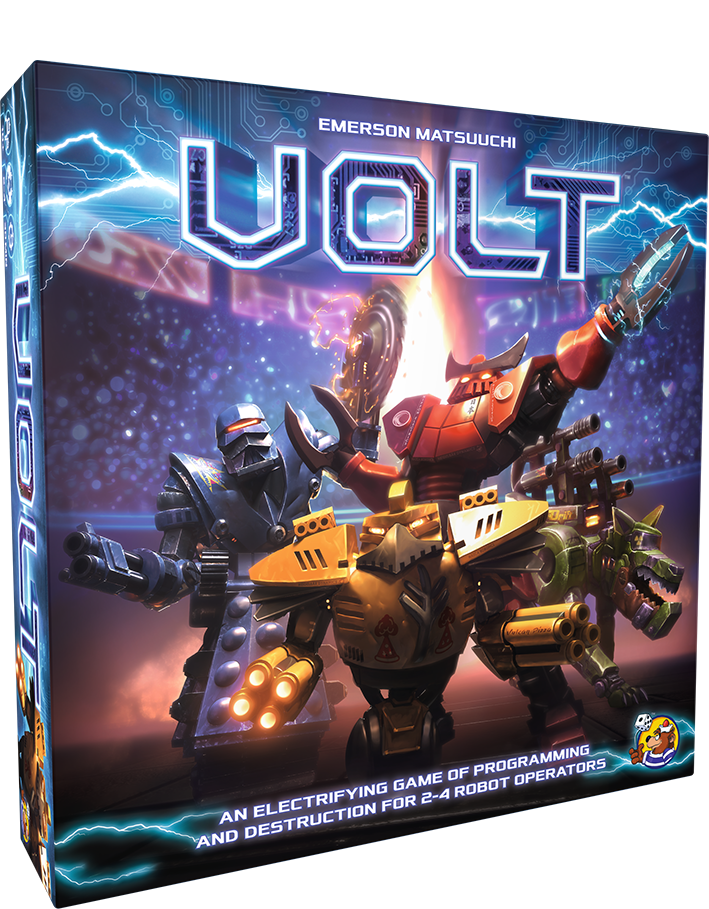 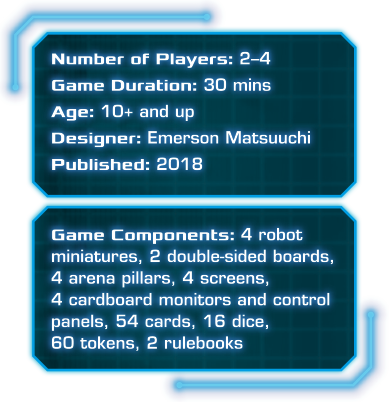 WELCOME TO THE ROBOT ACTION! Today we witness the most incredible steel gladiators of this year’s Robot Fighting League season in all their glory and magnificence.
The battle robots are gathered in the arena, and the crowd is screaming for some laser-blasting action in this title match. The operators are starting up their control hardware, and we expect nothing but a whole new level of cybernetic devastation. In the end, there will be only one operator to rule the arena…LET THE BATTLE BEGIN!

In VOLT, each player takes on the role of an operator controlling a robot to challenge others in the combat arena. By programming three steps ahead, players try to anticipate the moves of other robots, aiming to destroy them or maintain control of the victory point spaces inside the arena.

VOLT includes an easy-to-begin training guide but still leaves experienced players with plenty of different modules to make their robot battles even more exciting and merciless.

Plan your next steps ahead by quickly grabbing a starting number in order for your robot to run or shoot at just the right moment later on. Push the other robots into pits or shoot them away with your lasers to gain victory points. Sounds simple – it is simple, well, at least the rules. But destroying the others without taking damage yourself is quite the hefty challenge. Fortunately, destroyed robots don’t have to wait long for their next foray into the ring. They reboot in the next round.

VOLT is a completely revised and extended edition of Emerson Matsuuchi‘s game VOLT: Robot Battle Arena.
Thanks to its very accessible training rules, its uncertainty factor, and the tactical possibilities of the advanced rules, VOLT offers excitement and challenge for both casual and hardcore gamers alike.
VOLT also includes outstanding AI rules for a game with 2-3 players and a Championship mode, as well. 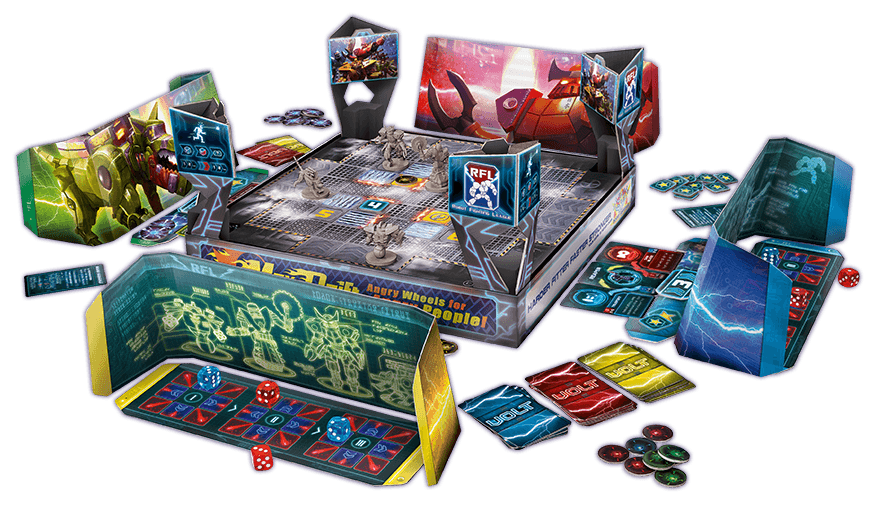 VOLT is designed as a game-in-the-box, in which the game boards are inserted into the inlay, and thus form a 3D combat arena together with the arena posts. 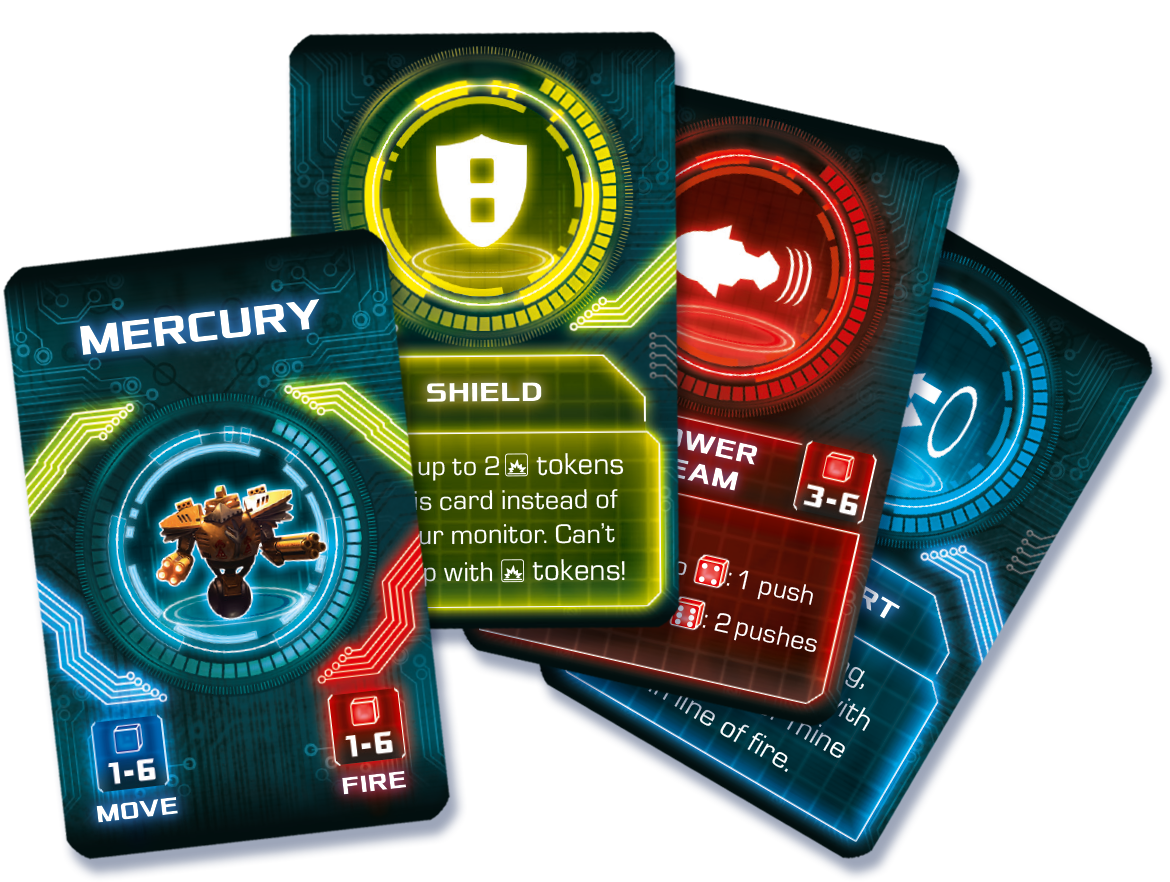 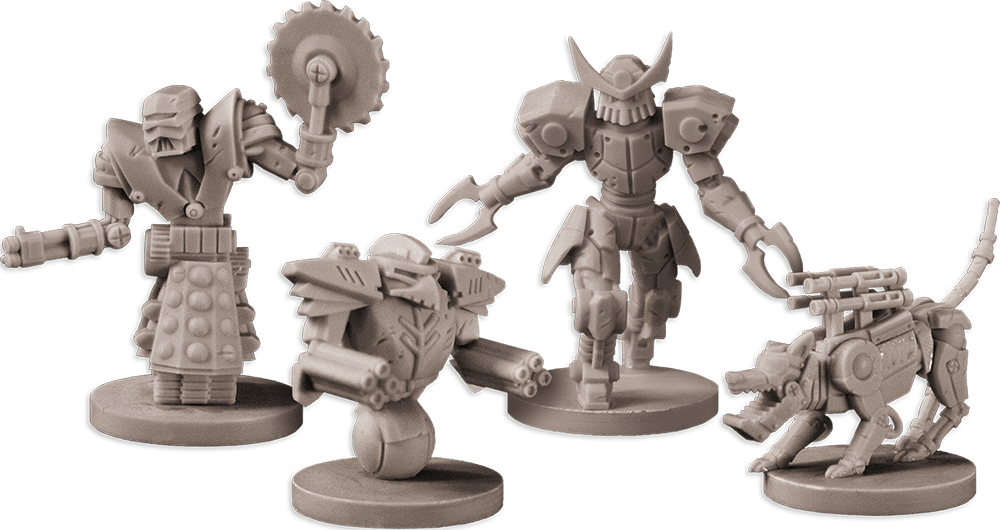 And the most important thing at the end: VOLT is a lot of fun!

Dive into the stories of VOLT… 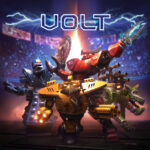 Create your own Robot Competition 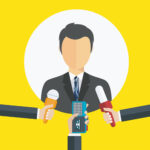 VOLT hits the US stores! 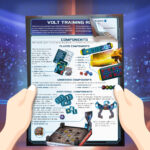