Hungry Monkey was the bestseller at Spiel22 and is becoming increasingly popular. The card game is by Erik A. Sundén and, along with Animal Poker, Fish & Katz, Sweet & Spicy and Tails on Fire, is one of this year’s new products from HeidelBÄR Games. Hungry Monkey impresses with simple rules and a large portion of fun. You don’t know Hungry Monkey yet? No problem, here we introduce you to the game and its rules. 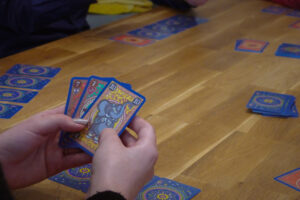 Shuffle all the cards and deal three cards to each person’s hand. In addition, each person gets four cards, which are placed face down in front of them. These may not be looked at – unless later actions allow it. The remaining cards form the draw pile. 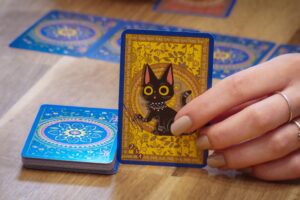 You play in turn, and each turn consists of three actions: 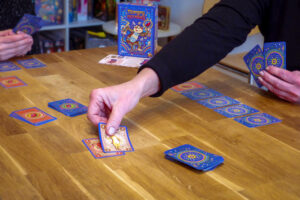 If the top card on the animal pile shows an effect, the person who placed it will perform it directly. The effects are presented in detail below.

When there are four or more of the same card on top of the animal pile, it is a Gang of Four. The person who triggered it immediately (without performing an effect, if any) puts all the cards in the animal pile into the discard pile. These cards are completely out of the game. Then the person moves up to 3 cards in hand and makes an extra move. 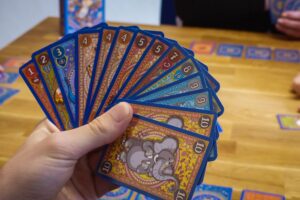 End of the game

As soon as one person has played all his hand cards and face-down cards, he wins the game. The remaining people continue to play until there is only one person left, who then loses the game. 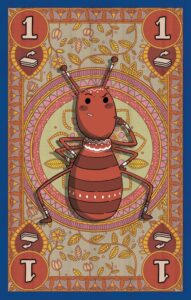 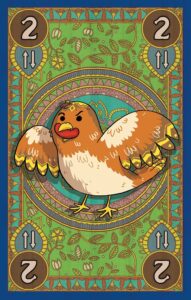 The Tiny Ant is always valid (even if there is a higher number on the deck). Whoever plays an ant must take all cards of the animal pile, except the ant card, into his hand. If an ant is played on top of an ant, nothing happens.

If you play the Swift Sparrow, you may exchange a card from your hand with a face-down card. If you have no cards in your hand, the effect does not apply. 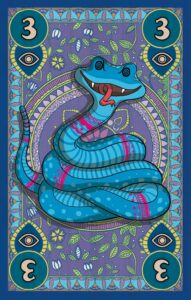 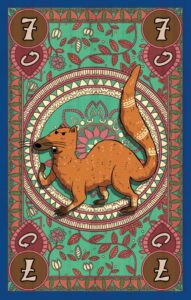 With the Sneaky Snake, you may look at one of the face-down cards. This can be one of your cards, so that you know it at the end of the game. But it can also be a card of another person. This way, you know which cards the other person can’t use.

The Slender Mongoose gives you an extra turn. After you have filled up your hand cards to 3, it’s your turn again, 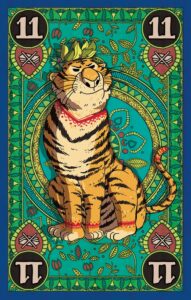 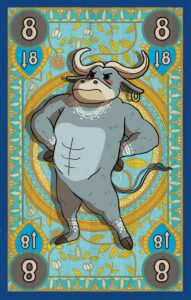 If you play the Strong Buffalo, the next person must play a number that is equal or smaller. This only applies to the next person, after that the cards must be equal or greater again.

The King Tiger has the highest number. If he is played, you put the complete animal pile on the discard pile. Then it is the next person’s turn. 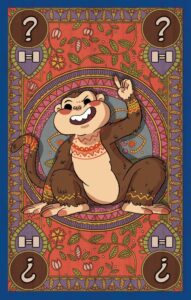