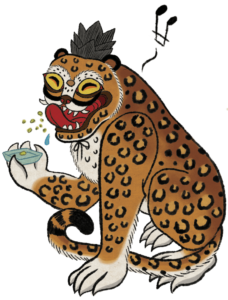 Presented to the public at the Nuremberg Toy Fair 2020, the card game SPICY from HeidelBÄR Games was released at the end of February. The young publisher’s first new card game is literally having a brilliant look: the golden shining game box and the golden playing cards make the quick and catchy bluff game look simply splendorous! 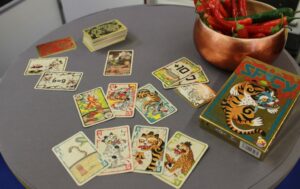 But the card game itself also knows how to convince. The audience at the International Toy Fair liked the title SPICY very much. The first media reviewers were also enthusiastic about the work of the Hungarian author Zoltan Gyori and the HeidelBÄRen game editors. For those who want to get to know the game in advance, the video clip of Boardgamegeek on YouTube is a good choice.

SPICY, the extremely sharp card game for up to 6 bluffing people, will be available from next week in stores for about 15 Euro in Europe.

Get more info about the game here!