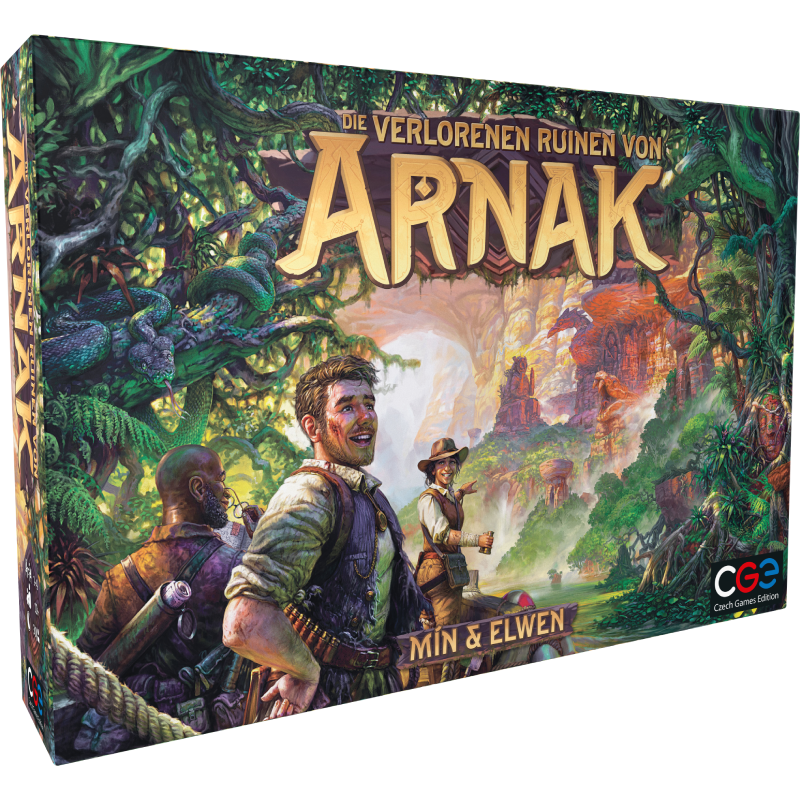 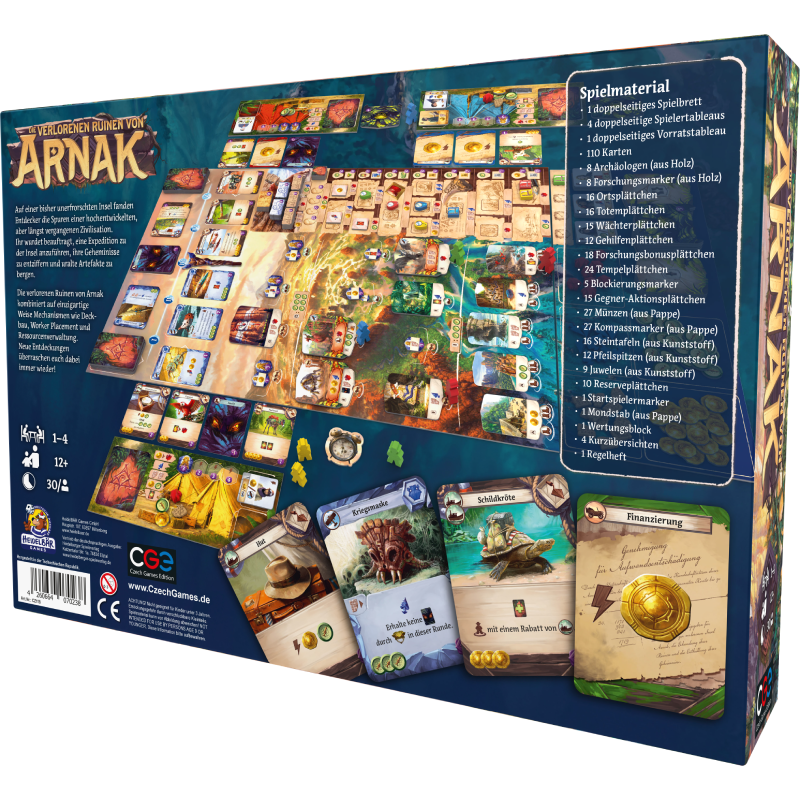 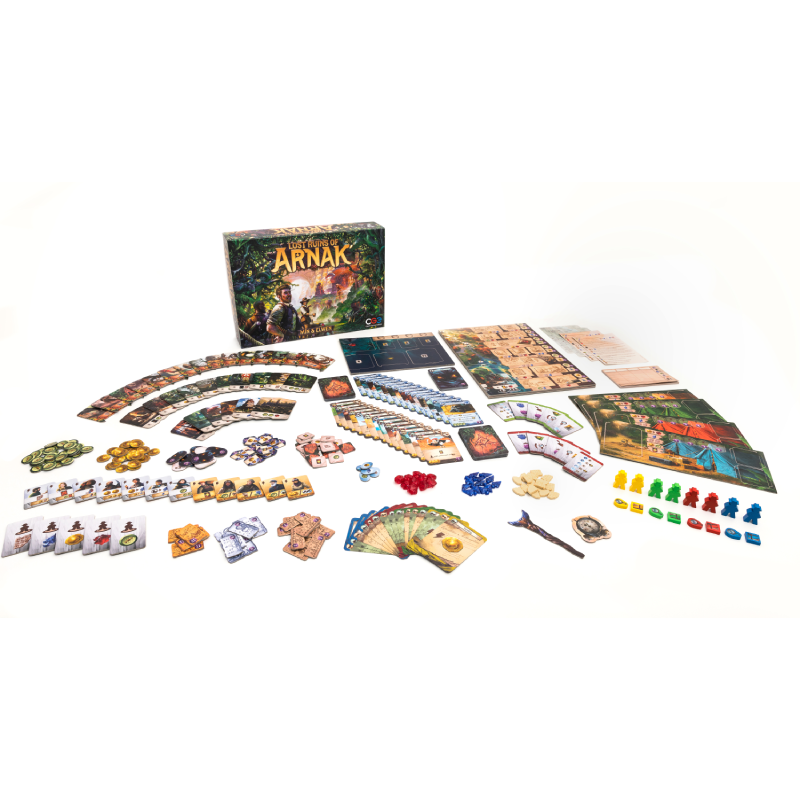 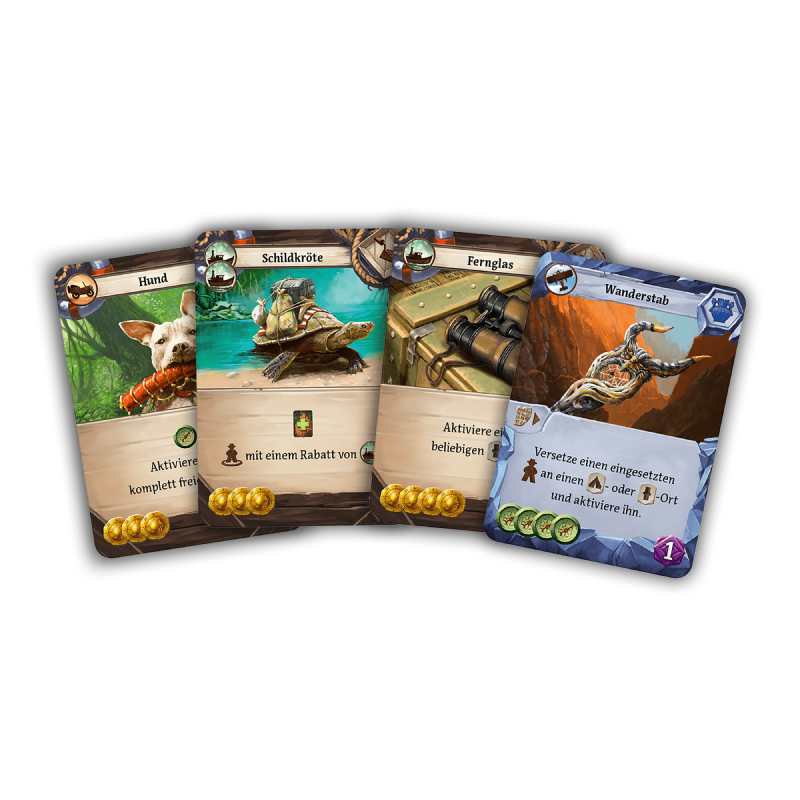 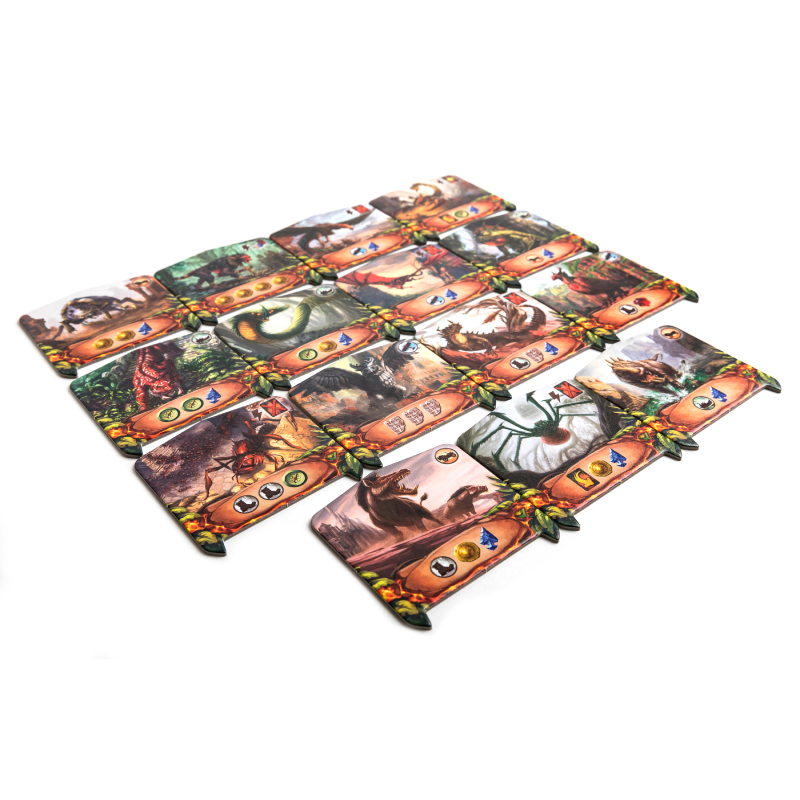 Discover the lost ruins of Arnak!

On a distant island in the unknown expanses of the ocean, explorers have found traces of a long-gone civilization. Competing explorers have now been tasked with exploring the island: Venture into the depths of the jungle, find ancient artifacts and face the fearsome guardians of the ruins!

In Die verlorenen Ruinen von Arnak, you as the player lead your expeditionary force against each other to a newly discovered island.

In a unique combination of deck building, worker placement and resource management, each expedition tries to be the first to uncover and exploit the secrets of the lost island to their own advantage.
The decks of the individual players remain quite small throughout the game, so the inclusion of the right cards in the deck needs to be carefully considered. In addition to familiar deck-building effects, playing cards in Die verlorenen Ruinen von Arnak can also be used to place workers. New worker actions themselves become available as players explore the island. Chance plays only a minor role due to the abundance of tactical options offered on the game board. Moreover, since actions also require the use of resources instead of workers, building a solid resource base is crucial to one’s success. However, each player can only perform one action per turn, which means that the turns themselves are short, but each decision needs to be well thought out.

With a variety of available actions, artifacts and equipment cards, the challenges in each game are different, always inviting exploration of new strategies in this multiplayer title at its best….

The Print and Play campaign for Lost Ruins of Arnak is online.